Linen is officially the world’s oldest textile as rudimentary versions of woven fibres over 36,000 years old have been found in Georgia. The use of linen moved to the ruling classes of Mesopotamia before becoming widely used in ancient Egypt as currency and for mummification.

Linen has held a steadfast position in society since throughout the ages. However, as sustainability and eco-friendliness become more pressing, does linen stand up to new-age demands?

We’ve had a look at how the use of linen currently affects our planet and whether it still has a place in a sustainable future.

Linen is a natural fibre made from flax. Since it predates almost all other fabrics, linen has typically been a popular choice for almost all bedding, clothing and home furnishings. The phrasing has prevailed where usage has diminished which is why the term ‘linens’ is used around the household for fabrics that aren’t necessarily linen-based.

Despite the age-old presence of linen, it makes up a surprisingly small percentage of the global textile market growth and harvest. Harvesting flax takes longer than other fibres and it is notably more difficult to weave.

The lengthier and more difficult process of turning flax to linen means quicker and cheaper textile options have surpassed it for everyday use. Other fibres such as cotton and polyester are much more widespread and common.

It has instead established itself as a more luxury item and, although china is the largest producer, high quality linen is a key commodity for many European countries like Ireland, Belgium and Italy. 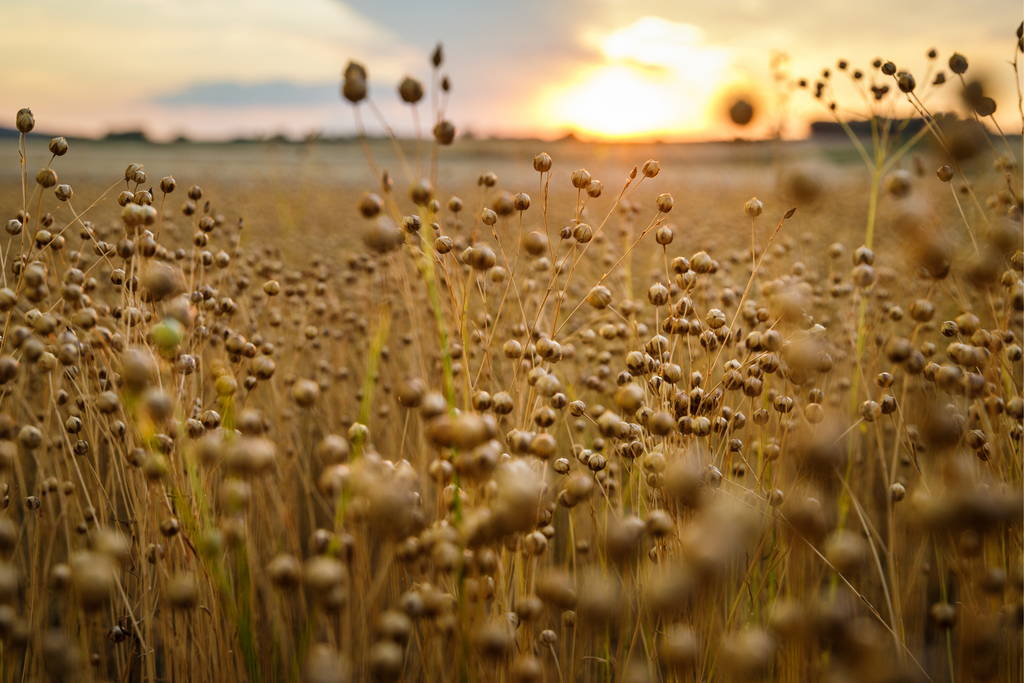 HOW IS LINEN MADE?

Linen is incredibly durable and can last for multiple decades if it is well cared for. Its strength comes from the long cellulose fibres that wrap tightly together.

It is known to be stronger than cotton, hemp, and wool and has the attractive property of being even stronger when wet. Linen can therefore withstand a good amount of wear, tear, and heat and is an appropriate textile for daily use.

Unfortunately, linen isn’t the strongest textile available as silk, Tencel™ and even polyester trump it in terms of durability.

The biggest benefit of linen is how lightweight and breathable the fabric is. It is one of the most popular choices for warm and humid environments as it absorbs sweat easily while keeping the body cool.

Additionally, linen absorbs moisture without holding onto bacteria. The naturally antibacterial and hypoallergenic material is resistant to fungus, viruses, allergens and bacterium.

Linen is no longer used as currency anywhere in the world, but it does have a host of other valuable uses. It is most commonly found in the household in the form of tablecloths, tea towels, curtains, napkins and table runners.

It has also been a historically favoured material for bedding and bed sheets. However, as it has become a luxury fabric, it is now not such a popular choice for the bedroom. Buyers either choose cheaper low-quality bedding options like cotton and polyester or opt for newer, higher favoured luxury fabrics such as Tencel™.

Linen has also found uses outside of home furnishings. It can be found as canvas for oil paintings or as an effective tool for bread loaf proofing. Its antibacterial properties mean it is also used in medical settings as bandages and scrubs.

It goes without saying that linen is still often used for apparel, particularly shirts and trousers. Linen clothing is a fantastic choice for hot and humid climates but is much too cool for winters. 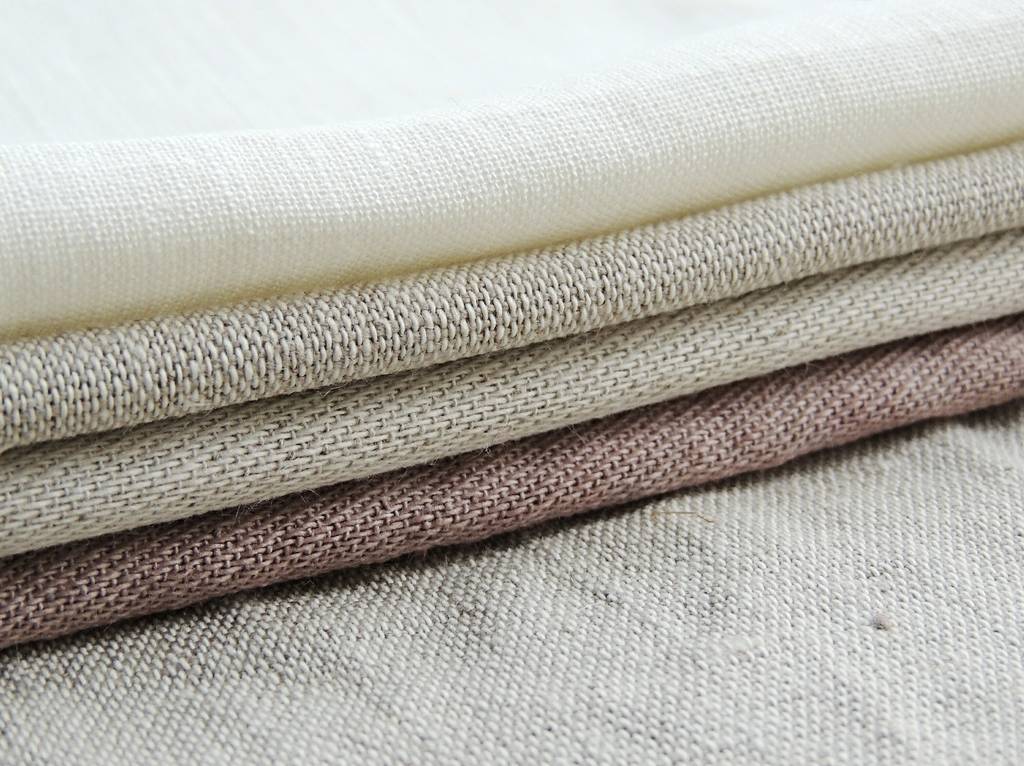 Linen is infamously crinkly. It wrinkles incredibly easily, and a lot of care is needed to keep creases at bay. Before wearing linen, it needs to be ironed on high heat to smooth out wrinkles and then hung up carefully. Starch spray can also be used after ironing to increase resistance to wrinkles.

Despite all the care activity, you shouldn’t be surprised when linen begins to wrinkle when worn. It will lose any smooth appearances within an hour or two of wear. Excessive wrinkling can also have longer term effects such as wearing out of the material and tearing.

Linen also requires a bit of patience before it can be properly appreciated. Flax fibres are woody and fibrous which results in a rough and rigid fabric. However, linen does begin to soften after a few washes and will continue to soften the more it is used. Unfortunately, it is unable to ever reach the luxurious silkiness of other high-quality fabrics like silk or Tencel™.

Flax is one of the more naturally eco-friendly plants that are used for fabric fibres. Its hardiness allows it to grow in soils of almost any condition which prevents waste and reduces land usage. It also consumes a lot less water than cotton during growth and doesn’t require a lot of pesticides.

Cotton is one of the worst plants for the environment with excessive water and pesticide usage. Organic cotton is therefore held to strict standards to ensure dirty practices are avoided. Because flax growth isn’t nearly as wasteful or damaging as cotton, it is often viewed as unnecessary to grow and harvest it organically.

Unfortunately, this means that many linen products and garments aren’t held to specific standards and it is difficult to know how the flax was grown. Although linen is better than non-organic cotton, it is still often grown with some harmful pesticides like nitrates which negatively impact local ecosystems.

During the processing of flax to form fibres that can be woven into linen, there are several practices that bring the sustainability of linen into question. During retting, the separation of the useful inner fibres from the outer layer of the flax plant, alkali or oxalic acid are often used to speed up the process of separation.

This makes retting faster and easier, but the toxic chemicals are not reused and end up in local ecosystems, damaging wildlife and waterways. Water retting also successfully separates the flax fibres but takes much longer, making the process much more expensive so is much less commonly applied.

It is very rare for linen products to be labelled with environmental information including which retting processes were used or whether it was grown organically. This makes it difficult for consumers to actively choose linen products made through sustainable processes.

One solution to the problem would be to opt instead for products made of fabrics that are consistently formed through trusted processes or are certified such as Tencel™, which is always made in the same, sustained way.

As linen is a natural fibre, it is completely biodegradable. Once linen bedding or garments have reached the end of their useful life, the flax fibres break down naturally without contributing to microfibre pollution.

However, linen is only biodegradable when it is left untreated. The addition of colour dyes or anti-wrinkling chemicals blocks its ability to degrade. Natural colours of linen are ivory, tan and grey. While untreated linens can be found, dyes are frequently used to expand the linen colour palette.

Back to Luxury Bedding Guide